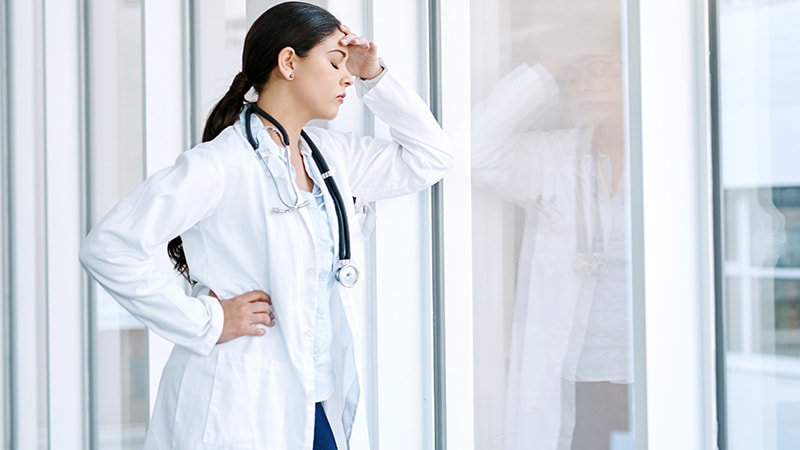 Investigators reviewed close to 70 studies, encompassing over 82,000 medical consultants or trainees in academic medical settings, and found that men were identified as the most common perpetrators — close to 70% of respondents — whereas women were the most common victims (56%).

Collectively, respondents in all of the studies identified the most common bullies to be consultants (54%), followed by residents (22%), and nurses (15%).

Disturbingly, less than one third of victims overall reported that they were bullied, and close to 60% who formally reported the abuse said they did not have a positive outcome.

“We found that bullies are commonly men and senior consultants, while more than half of their victims are women,” senior author Harriette GC Van Spall, MD, MPH, associate professor of medicine and director of e-health and virtual care, Division of Cardiology, McMaster University, Hamilton, Canada, told Medscape Medical News.

“The greatest barriers to addressing academic bullying are the fear of reprisal, lack of impact of reporting, and non-enforcement of anti-bullying policies,” she added.

The study was published online July 12 in BMJ Open.

The study was “inspired by experiences that I endured over a period of time and am grateful to have survived,” said Van Spall.

“Some behaviors were excruciating to deal with, protesting against them would bring more on, and every day was filled with dread. It took sheer will to show up at work to care for patients, to complete research I was leading, and to have hope and my academic output, income, and personal well-being dropped during those years,” she added.

Van Spall thought the subject “merited research because our performance as clinicians, researchers, and educators relies on our work environment.”

To investigate, the researchers reviewed 68 studies (N = 82,349 respondents) conducted between 1999 and 2021 in academic medical settings in which victims were either consultants or trainees. Most of the studies (31) were conducted in the US.

Studies were required to describe the method and impact of bullying; characteristics of the perpetrators and victims; or interventions that were used to address the bullying.

“Bullying” was defined as “the abuse of authority by a perpetrator who targets the victim in an academic setting through punishing behaviors that include overwork, destabilization, and isolation in order to impede the education or career of the target.”

Bullying behaviors, reported in 28 studies (n = 35,779 respondents), were grouped into destabilization, threats to professional status, overwork, and isolation, with overwork found to be the most common form of bullying.

The most common impact of being bullied was psychological distress, reported by 39.1% of respondents in 14 studies, followed by considerations of quitting (35.9%; 7 studies), and worsening of clinical performance (34.6%, 8 studies).

“Academic medicine in many institutions is encumbered by systemic sexism that is evident in processes around remuneration, recognition, opportunities for advancement, and leadership positions,” said Van Spall.

“There are fewer women at decision-making tables in academic medicine, the climb is uphill at the best of times, and women are likely easier targets for bullies, as their voices are easier to drown out,” she added.

She noted that many men do “exhibit wonderful attributes of professionalism and decency,” but “some in positions of power are given impunity by virtue of other accomplishments.”

Only a minority of victims (28.9% of 9410 victims [10 studies]) formally reported the bullying. The researchers identified multiple deterrents to reporting.

When a formal complaint was submitted (n = 1139 respondents), it most frequently had no perceived effect (35.6%); more than one fifth (21.9%) experienced worsening of the bullying, and only 13.7% reported improvement.

The common institutional facilitators of bullying, described in 25 studies, included lack of enforcement of anti-bullying policies (13 studies), the hierarchical structure of medicine (7 studies), and normalization of bullying (10 studies).

Forty-nine studies looked at strategies to address academic bullying, including anti-bullying policies, mandatory workshops on mistreatment, establishing an anti-bullying oversight committee, and institutional support for victims. However, the studies testing the effectiveness of these interventions “had a high risk of bias.”

Commenting on the research for Medscape Medical News, Roberta Gebhard, DO, past president of the American Medical Women’s Association (AMWA) and a member of the advisory board for Physician Just Equity, called it a “good study, large, international, and well-written.”

Gebhard, a member of the Governing Council for the American Medical Association Women Physician Section, was not associated with this study but said she is currently researching women who left medical school and residency.

“A common reason for leaving is being bullied. Bullying is often not reported and if reported, often not addressed. Or, if addressed, the person who reports it is often retaliated against, which is a common experience especially in women.”

“Having other women physicians throughout the country you can call for advice and support can be helpful,” said Gebhard, a family practice physician based in Grand Island, New York.

Van Spall receives support from the Canadian Institutes of Health Research, the Heart and Stroke Foundation, the Women As One Escalator Award and McMaster Department of Medicine. The study authors and Gebhard have disclosed no relevant financial relationships.